Sensei Masao Kawasoe was born in 1945, his father was a Japanese businessman and he has two brothers. His mother lives in Kyushu in the south of Japan. Sensei Kawasoe now resides in London and has done since 1974. He began his martial arts training in judo and at the age of 15 saw a karate demonstration. This so impressed him he started looking to find a dojo to train.  One of his first instructors was the world famous Sensei Tsuyama, who's home was in the same town, Saga City. Training through his high school and then going to the famous Karate University of Takushoku, he continued to train with Sensei Tsuyama. This training took the form of 6 days per week, 3 hours per day for 4 years.

During this time he was spotted by the Japan Karate Association and invited to take full time JKA instructors course under Sensei Nakayama. He successfully completed this over the next 3 years. Upon graduating as an international JKA instructor, Sensei Nakayama said of him:

"Through his mastery of karate basics he has come to reach a level few achieve, his technique inspires all who see it to strive for the ideals of Shotokan Karate."

High honour indeed from the head of the JKA.

He then taught in Taiwan and Madagascar before coming to Britain in 1974. His dedication to tradition, quality and manners is universally acknowledged, with few able to perform the physical demands he makes of himself.

He has a world-wide following of senior students who have been with him and followed tradition by developing and teaching excellent Shotokan Karate. 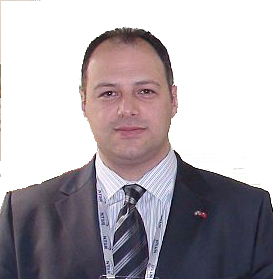 Sensei Aydin
Aydin was born in 1966 in Istanbul. He started to karate at the dojo in Istanbul in 1976 and trained Traditional Shotokan Karate by the Turkish sensei Atilla Celikturk 7.th DAN. During this time he had the opportunity to be trained by Master Taiji Kase 9th. DAN and many Shotokan masters. After obtaining black belt in 1979 continued training until immigrating to United Kingdom 1991. After several years of break, he started to be trained under Sensei Masao Kawasoe and reclaimed his black belt from him under the International Traditional Karate Federation (ITKF). After the academy decided to seperate from Master Kawasoe and form their own association, Aydin decided to leave the academy and follow his master Kawasoe to be trained with him. Following invitation he has formed the Hayabusado Traditional Shotokan Karate Academy in 2011 and affiliated with the UKTKF (United Kingdom Traditional Karate Fedration). He is now teaching the highest Traditional Shotokan Karate to his students by Kawasoe way.